Monsaraz in photos: One of Portugal’s most magical mountain top villages 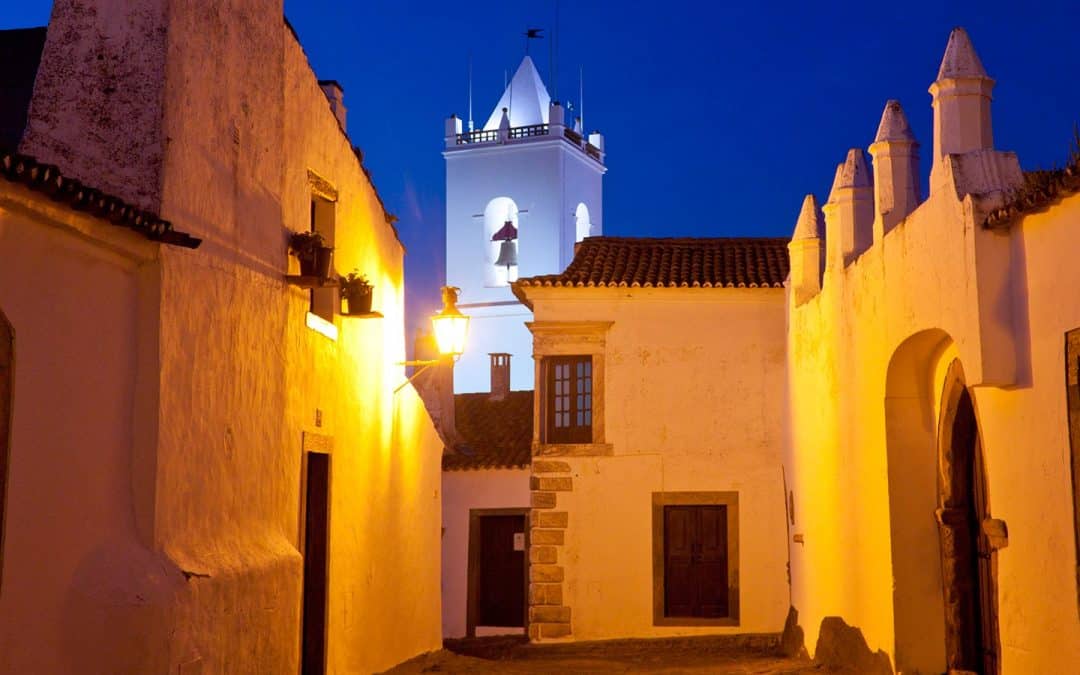 Monsaraz Portugal is one of the most beautiful villages we’ve visited in the country, even all of Europe, and we felt it is worthy of our first photo essay. 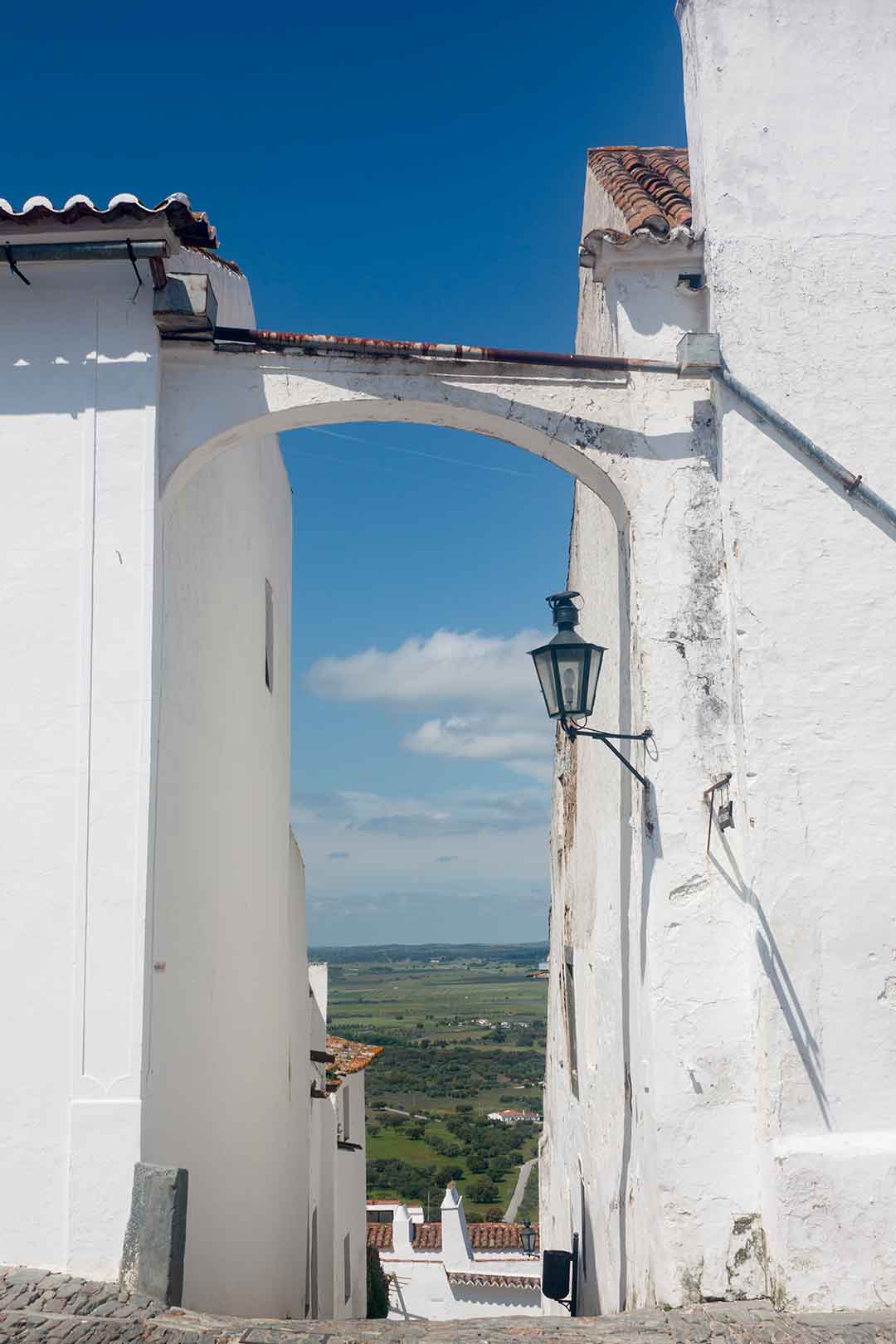 One of the narrow travessas, or alleyways, of Monsaraz

It’s a tiny village, essentially two long streets with alleyways in between, and a pathway along some of the fortified walls. 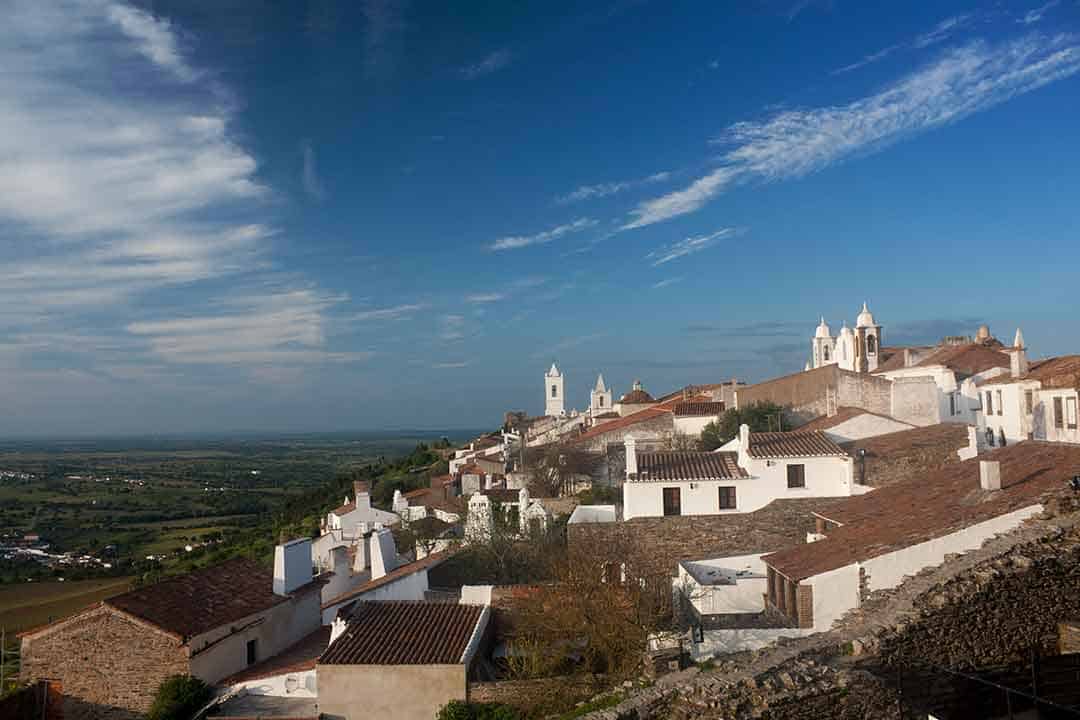 Monsaraz from the Castle Walls

It occupies a dramatic site of strategic importance, occupying a hill with commanding views to the Alqueva lakes system and Spanish border to the east and the vast Alentejo plain to the west. 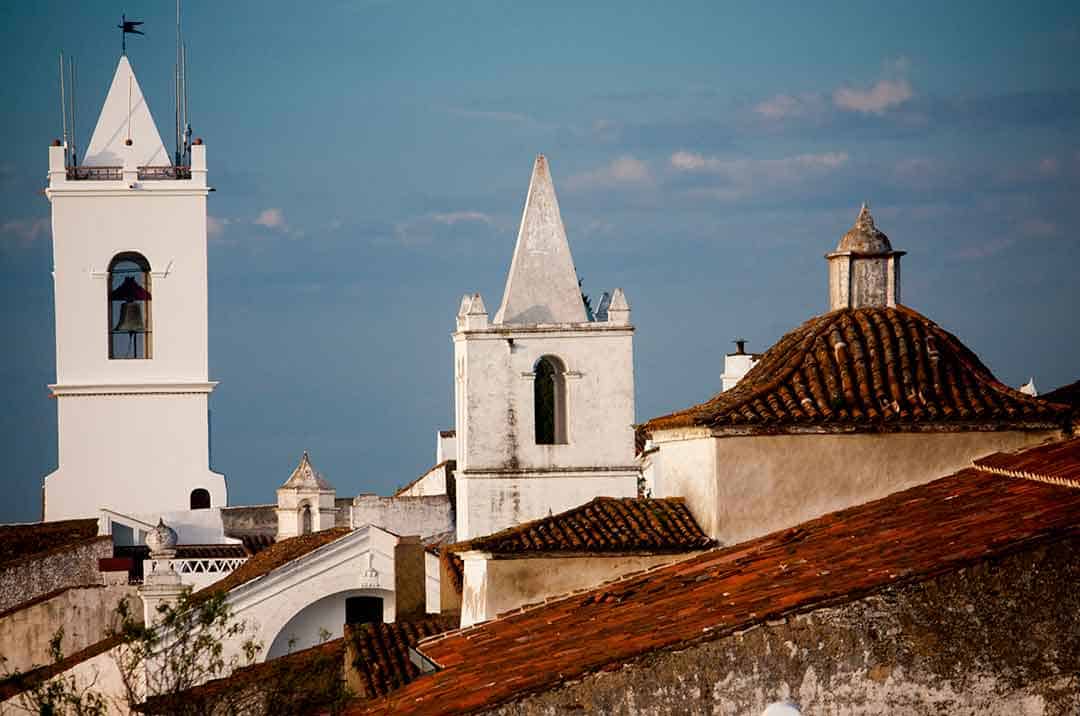 The terracotta and white skyline of Monsaraz

Monsaraz has been fought over several times in its history, having been under the control of the Moors, the Knights Templar, the Kingdom of Portugal and even the disgruntled, unpaid Earl of Cambridge and his band of mercenaries at one point. 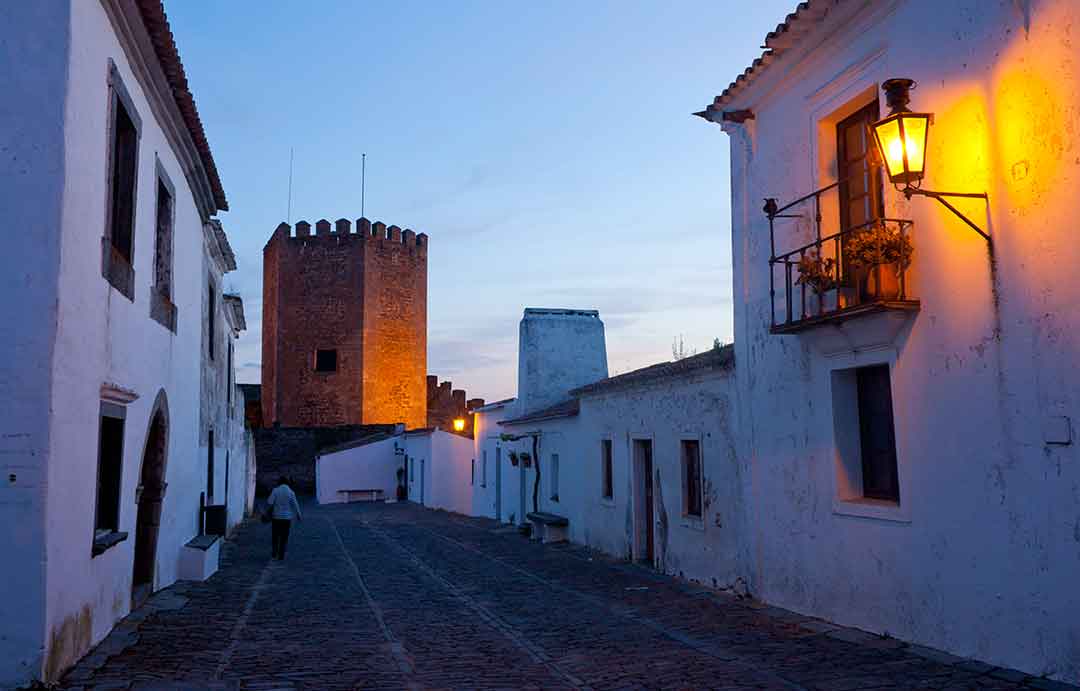 The 13th century castle sits at the southern end of the village, is free to enter and has outstanding views over the village, the surrounding countryside and the Alqueva lakes. 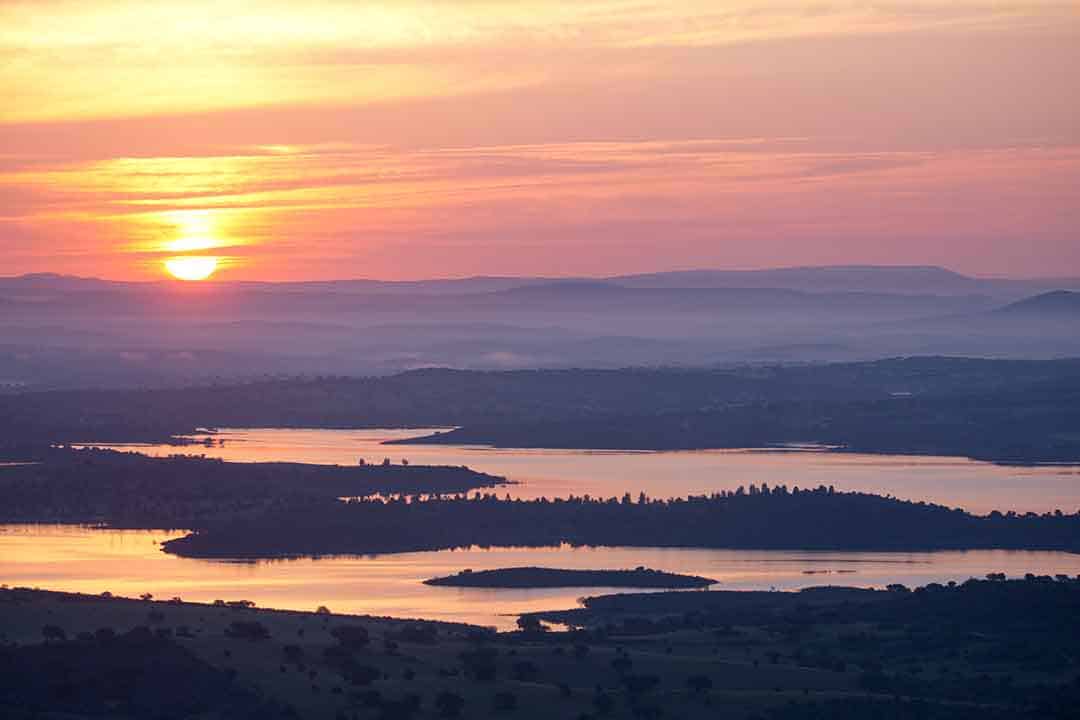 Sunrise over the Barragem da Alqueva lakes from Monsaraz

Most of the village was built between the 13th and 18th centuries, though the area has been inhabited for several millennia, as some prehistoric remains, including the Cromleque de Xerez, attest. 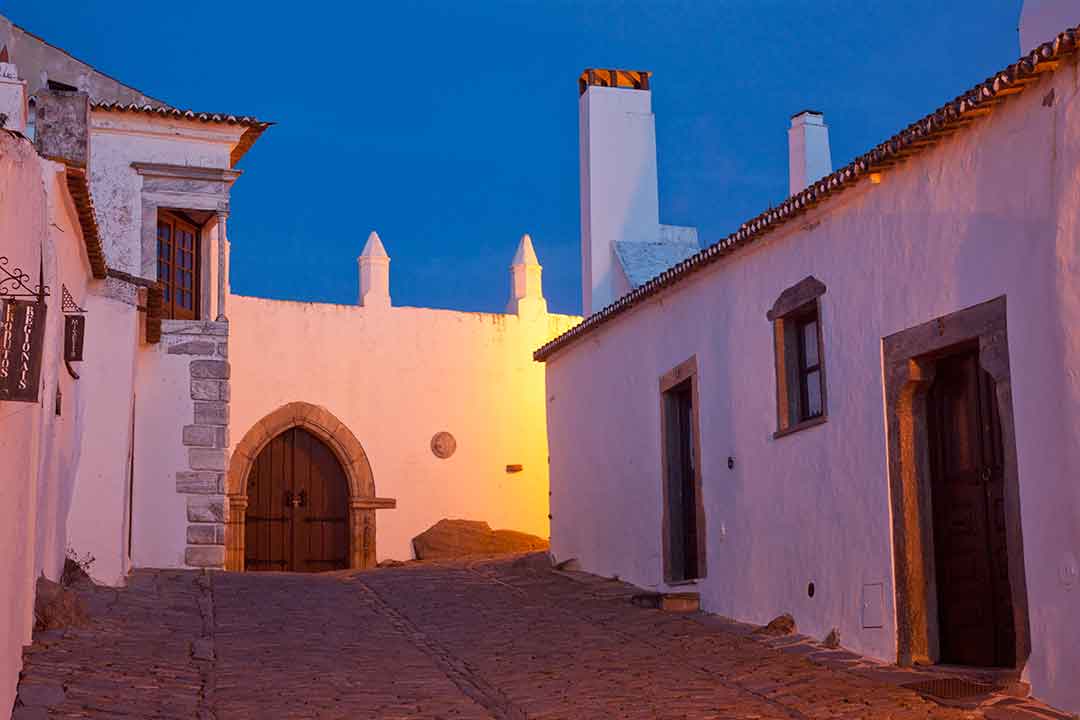 The streets of Monsaraz at dusk

We visited in early spring, and had the village almost to ourselves. We walked the streets at dusk and then before dawn the following morning. It was still quiet the following lunchtime, and it felt slightly disconcerting that nobody else was around to savour this amazing place. 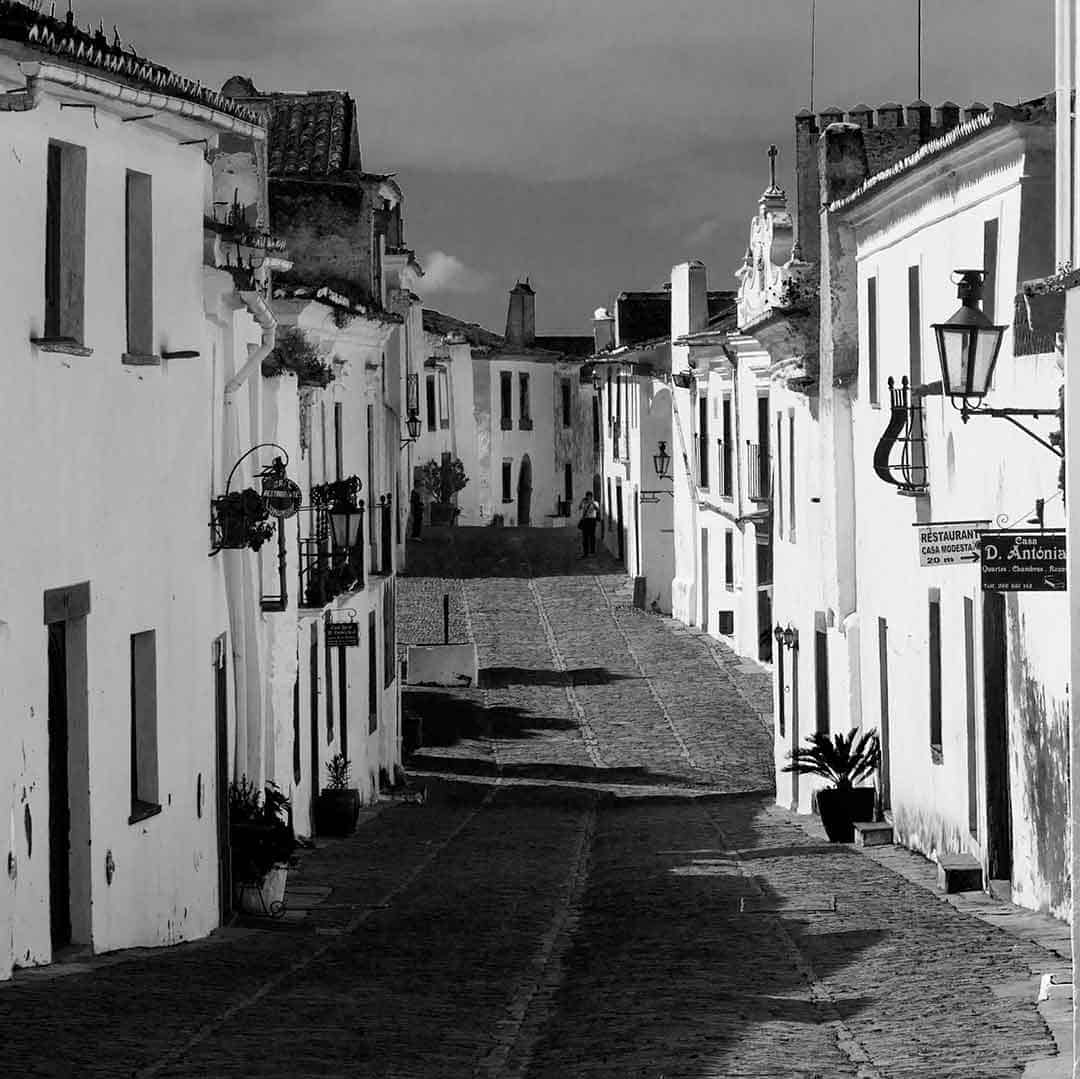 It’s an extraordinarily beautiful village, with most of the buildings whitewashed to reflect the intense dry summer heat. 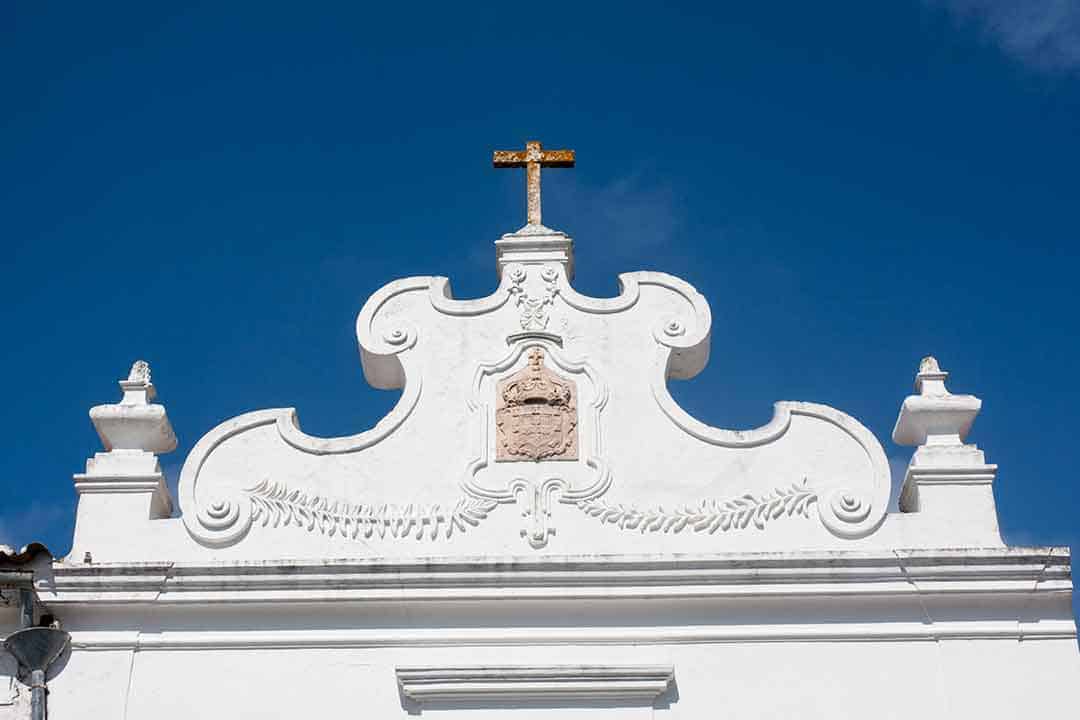 Apart from the Castle and scenery, the village has several medieval churches to explore. 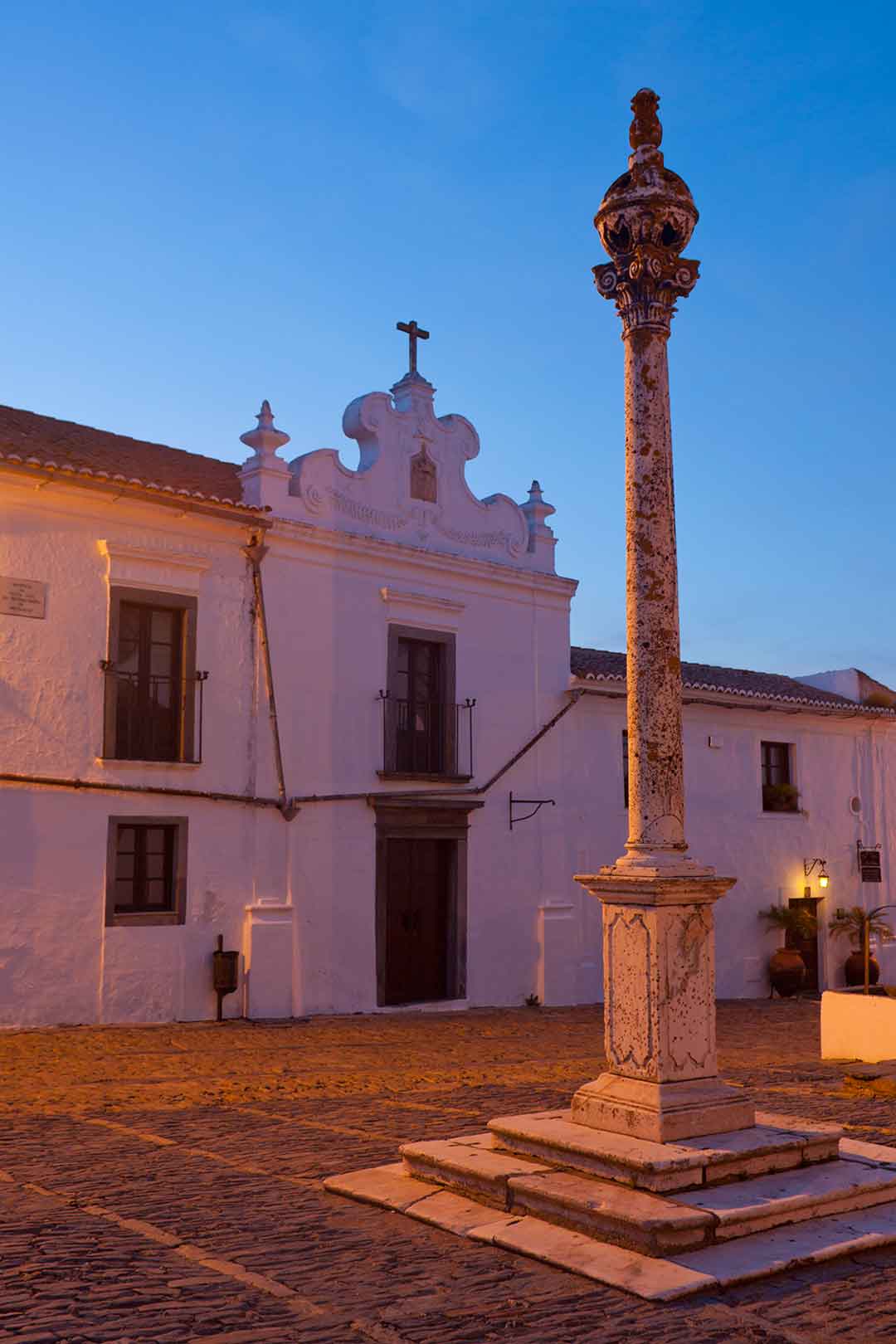 The pillory outside the Igreja da Misericordia 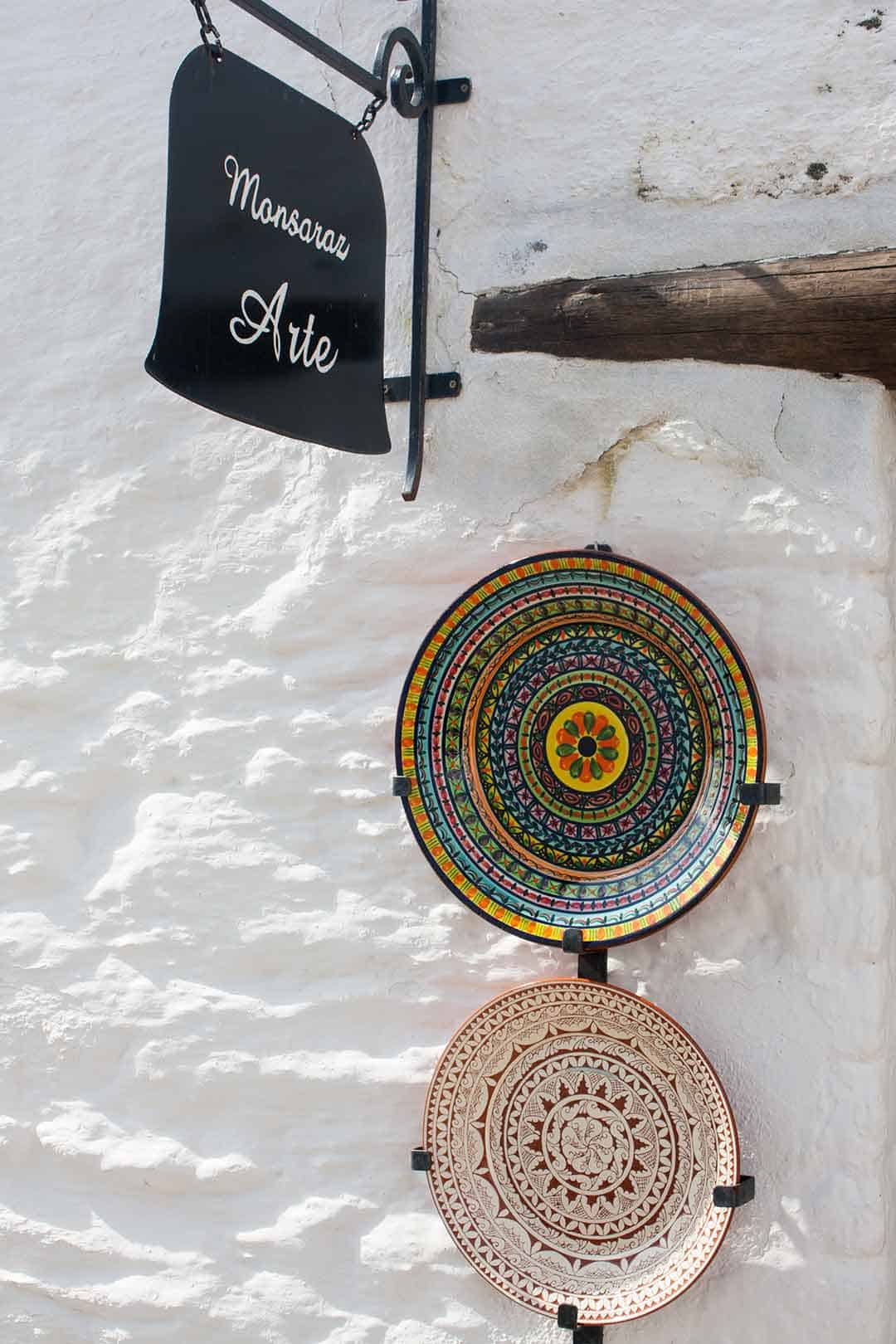 There are also several craft and souvenir shops, specialising in traditional Portuguese arts and crafts, from gorgeous ceramic plates and bowls to these exquisite children’s painted folk art chairs.